Ecological Effects of Pesticide Use 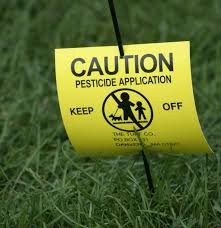 Pesticides are chemicals used in agriculture and food industries in order to fight against insects, microorganisms, weeds, and cure plants of parasitic diseases.

Pesticides are chemicals used in agriculture and food industries in order to fight against insects, microorganisms, weeds, and cure plants of parasitic diseases.

A few years ago pesticide use helped to improve the condition of the soil, reduced the number of illnesses, and destroy a large number of insects. Today, the fauna has immunity to the impact of these chemicals, and tick-borne encephalitis, malaria, and Lyme disease started capturing our Planet. Negative human influence on Nature is connected with the absence of an effective eco-product that could become an alternative to pesticides. Less radical chemicals aren’t popular among agronomists because of their reduced impact on the environment.

It’s not a secret that large doses of “useful” chemicals provoke toxic poisoning as they stay in breathing passages, migrate in the body, and get into the blood. In this case, a person has obvious symptoms of intoxication. Chronic diseases are typical to employees at plants because they regularly come in contact with the limited concentration of pesticides. Inhabitants of polluted regions may suffer from infertility, gene and chromosome mutation, neurological problems.

What about the pesticide impact on ecology? Elements of pesticides appear in the air, vaporize, and pollute the ecosystem. People influence soil and water by using degradation products and spraying chemicals when fighting against microorganisms. A human likes to take and not to give anything instead. People are responsible for the condition of Earth, and we have to start doing something to give the chance for existence to future generations.