According to scientists, the earth’s reserves of hydrocarbons remained at 80-100 years. And this is provided that the rate of consumption of fossil energy resources will not increase. Governments of developed countries see a way out of the maturing collapse in renewable sources. Now they account for about 5% of the world’s electricity generation. Main renewable energy sources:

30% of the electricity used by Germany is extracted from renewable sources. Costa Rica covers 98% of its needs from green energy.

For the territory of Ukraine wind generators and solar power plants are the most promising. According to the national plan of activities on renewable energy, by the year 2020, it is planned to launch facilities with a total capacity of 5,700 MW. For comparison, the average net productivity of one power unit of Ukrainian NPPs is 950 MW. 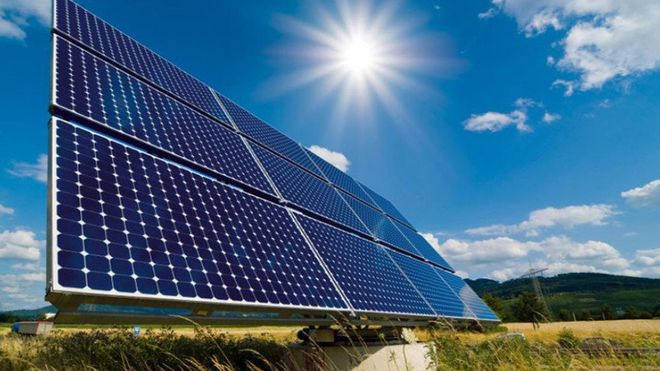 Insolation is the volume of solar radiation that reaches the surface of the Earth. For example, the average of insolation of Spain is about 1800 kWh/sq.m. Even in winter the generation of electricity continues, but in reduced volumes.

On the other hand, the cost of mini power stations in the sun began to decline actively. Such seemingly small generation of electricity covers the basic needs of a small family:

An important link for the stable supply of electricity around the clock - battery systems. Lithium-ion technology can accumulate large capacities in a compact spatial volume. Surpluses produced in the daytime go to the reserve and are used at night.

What about the necessary area, which is used by solar panels? One panel averages 1.6 square meters and generates 250 watts. When recalculating on 1 sq.m. this is about 155 watts. That is, for 3.5 kW you need a well-lit area of 23 squares. The roofs of a small private house are quite enough - even if not the most successful orientation relative to the sides of the world.

The conclusion of experts is that even using only a roof space to accommodate solar panels will give a significant contribution. And there are landscape and facade solutions.