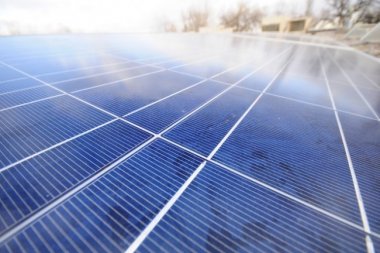 The degradation of solar cells or Potential induced degradation (PID) is a decrease in power generation due to physical changes in the structure of the panel itself.

The degradation of solar cells or Potential induced degradation (PID) is a decrease in power generation due to physical changes in the structure of the panel itself. As a result of some phenomena, parasitic connections are formed between semiconductor cells and a protective case, lamination or glass protection. Through them leak currents flow, reducing the efficiency of the heliosystem. All existing constructions are degraded - polycrystalline, monocrystalline, membranous. The question is how quickly this happens. Studies show: • For high-quality solar panels PID is 2-3% of their initial performance in the first year and about 0.7% in subsequent years of operation. • The degradation of poor quality solar modules, which is almost the entire low-cost segment, is unpredictable and can reach 20% in the first year. Such figures negate: any savings at the stage of purchase - all calculations of the recoupment of a solar power station turn out to be wrong.

Therefore, the choice of high-quality solar panels with minimal and clearly regulated temporary degradation is the most important point at the design stage. Degradation of solar panels occurs both due to improper operation, and when exposed to some external factors

1. The structure of the modules. According to recent studies, the main element causing increased degradation of solar modules is sodium. It is likely that other active metals act as catalysts for the process. Therefore, special attention is paid to the choice of: • front glass - quartz glass does not contain sodium compounds and prevents degradation; • encapsulating material - a film of ethylene vinyl acetate EVA suppresses polarization, and acetic acid in its composition reduces the negative effects of glass corrosion; • diffusion barrier between glass and electrically active semiconductor zones - silicon dioxide perfectly isolates leakage currents.

Anti-reflective coatings increase the absorption of solar radiation and increase the production of electricity. But if sodium is present in their composition, such an “assistant” contributes to degradation.

2. Circuit design of the entire system Critical input voltage, or rather its sign on the ground. Such degradation is “treated” with the right choice of equipment and its connection scheme.

External factors increase parasitic currents and often lead to irreversible consequences. In time to detect the degradation of the solar panel help regular measurements of the voltage idle during each module. If access to the object is limited, you can use electroluminescence. Timely diagnosis allows you to neutralize the causes of PID and their consequences, as well as restore the normal operation of the system with the help of special measures.