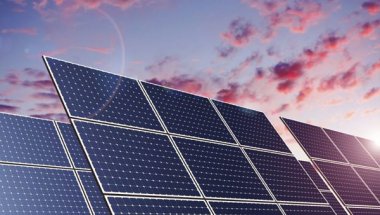 In order to obtain an electric current under the influence of sunlight in volumes that are significant for the economic sector and households, two technologies have been worked out

In order to obtain an electric current under the influence of sunlight in volumes that are significant for the economic sector and households, two technologies have been worked out:

Combined solar power plants can easily be attributed to the third kind. For correct operation and high efficiency of photovoltaic modules, they should be cooled steadily. This became the point of contact of both technologies. Hybrid systems collect electricity both from panels and from the cooling circuit, which significantly increases the efficiency, and hence the profitability of the installation. 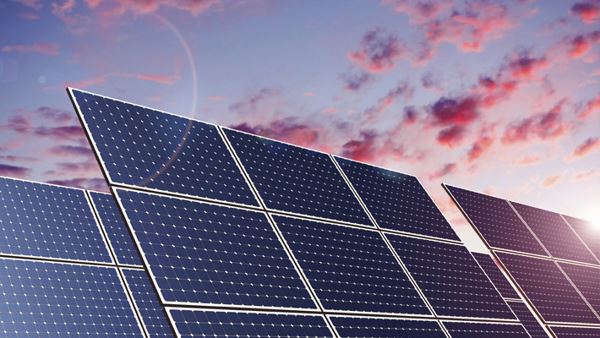 Generation of electricity by solar panels

Photovoltaic effect The principle is based on the photoelectric effect, but in general photovoltaic is a broader physico-chemical phenomenon. The main actors are also the electron and quantum of light:

The source of the Galvani potential is the interface of semiconductor sensitive semiconductors. The solar panels, in turn, are arrays of such cells, connected by electrical connections.

The most common single-crystal (the basis is a single silicon crystal with a homogeneous structure) and polycrystalline (compounds of dissimilar small crystals of silicon) panels. The difference between them is in their efficiency and price, but they are equally used in solar power plants.

Another modification is polymer film solar cells. Materials with different functions are deposited layer by layer on the transparent substrate - electron-donors and electron-acceptors. As a result, a flexible, thin and light structure is obtained, but the efficiency of the area is much lower. In addition to scientific laboratories, the technology is used to create energy-efficient windows in homes and cars.

In the spring of 2018, the Warwick University research team (Coventry, UK) has announced the discovery of a third type of photovoltaic effect, called «flexo-photovoltaics». The difference lies in the fact that the push for the generation of solar electric current is a deformation gradient. That is, if the crystals of Si, TiO2 or SrTiO3 are deformed with a sharp object, they become photovoltaic cells. This discovery can significantly reduce the cost of building solar power plants.

In order for the electricity generated by the panels to be able to consume household appliances, you`ll need:

Installation of equipment on site is recommended to be commissioned by experienced professionals. If you need these services - contact the company "Karbon CNS».

The main difference is that electricity is produced indirectly. The main element of the design are heliostats - huge mirrors, coupled with the positioning mechanism relative to the sun. 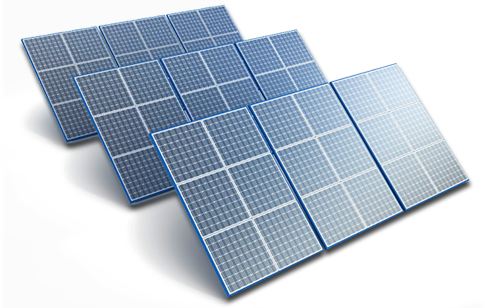 Heliostats can take different forms - round parabolic, parabolic cylindrical concentrators. They collect sunlight in a concentrated beam and direct it to a heat sink filled with a liquid coolant. Most often for these purposes, mineral oils with a high boiling point are used, which have been termed terminol.

Heated coolant rushes into the steam generator. The resulting water vapor is fed to the turbine generator blades, which generates electricity. After condensation, water is re-sent to the steam installation. The remaining elements of the system are the same as the classical thermal power station. Moreover, if a solar power plant is used as the only source of electricity, a backup boiler is provided on the burned fuel - for cloudy days or a heavy load at night.

Thermoelectric solar power plants are divided basically according to the heliostat type:

Stand alone are solar-vacuum power plants. Heating the air in the local zone creates a powerful airflow that rotates the air turbine.

The applicability of a particular solar power plant depends on climatic, landscape conditions and purpose. Specialists of "Karbon CNS" offer complex solutions, including all stages from the concept development to the launch of the finished object in operation.