The principle of work of the solar panels 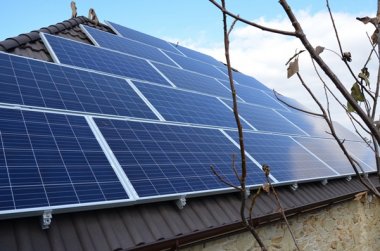 The main cell of solar panels is a semiconductor converter with a photovoltaic effect (photoconductor), which, under the influence of solar radiation, generates a constant electric current.

The main cell of solar panels is a semiconductor converter with a photovoltaic effect (photoconductor), which, under the influence of solar radiation, generates a constant electric current. At the same time, the electromotive force (EMF) does not depend on the size of the cell, but decreases with the temperature increase of the element.

If the photoconverter has connected the load, then, according to Oma’s law, electric current will flow through it. There is an optimum load resistance, which gives the highest electric power. Each photocell selects its resistance, which provides the maximum efficiency of the cell.

For practical purposes, the magnitude of the electric current and the voltage on the one side of the photoconverter is not enough, so the elements combine with each other with different types of connection:

Combining parallel and sequentially switched photoconductors, it is possible to get a solar panel with the necessary unified working parameters.

To eliminate spurious currents in non-illuminating solar cells, they are shunted by semiconductor diodes. Without shunts, shaded areas would become consumers of current, which is produced in the neighborhood, which would lead to overheating and failure. The final solar battery is assembled from such modules. 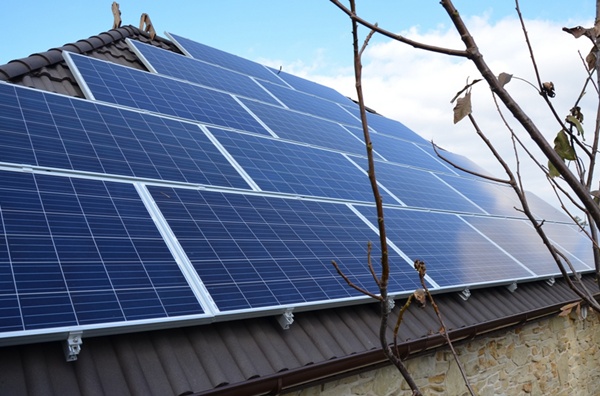 Actual output electrical parameters depend on the solar cell’s illumination and very variables. Such a power supply is not suitable for modern technology. To stabilize it, energy-intensive batteries are connected to the solar collector.

The controller manages the charge and discharge process, preventing batteries from losing more than 20% capacity or recharging. Due to this modern ABC remain able to work for 10-12 years.

Most devices require AC power. The transformation of a direct current into an alternating one involves an inverter.

If a solar power plant is being developed as a network, then batteries are not needed. Generated electricity is converted into alternating current and fed into a centralized network.