Environmental pollution - Why we must protect the environment 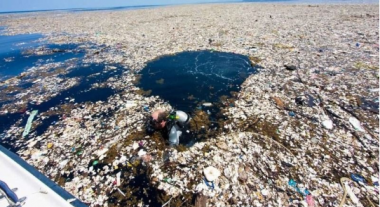 Over the past few years, the topic of ecology and zero-waste has become especially popular. In stores, one can meet people with cotton bags, steel cocktail straws are replacing plastic, and reusable bottles are increasingly taking up a place in bags. As eco-ambassadors, we are sharing with you why it is not meaningless but necessary.

Cows are to blame for global warming, and the Pacific garbage patch is 3 times bigger than France.

Over the past few years, the topic of ecology and zero-waste has become especially popular. In stores, one can meet people with cotton bags, steel cocktail straws are replacing plastic, and reusable bottles are increasingly taking up a place in bags. As eco-ambassadors, we are sharing with you why it is not meaningless but necessary. 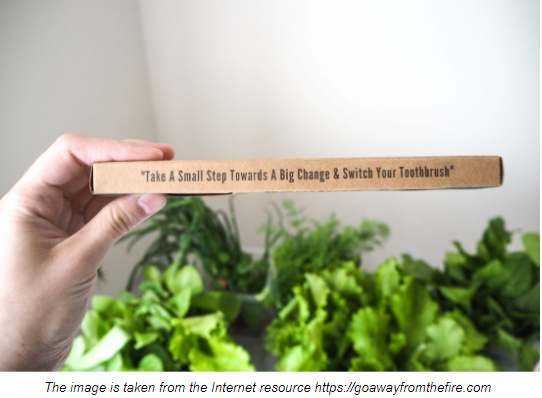 In 2008, The Guardian published a regular WWF report. From this report, it emerges that, with the current levels of consumption, humanity will need another planet by 2030. A joke is a joke but human settlement on Mars is not the matter of one day, and 2030 will come soon. The reason for this tragedy is that people annually consume 30% more than the Earth is able to restore.

An unreasonable waste of resources, the use of non-recyclable materials leads to serious problems. Like a Pacific garbage patch. Its dimensions are comparable to three times the size of France. 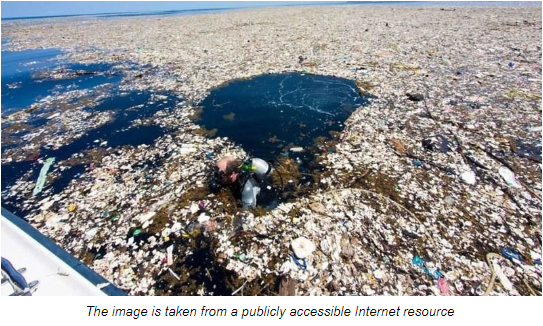 In the center of the patch, there has been formed a whirlpool that is pulling garbage from the ocean surface. Fishing nets and gear make up 46% of trash. It is impossible to estimate the actual size of the patch due to the transparent plastic. Who knows how many meters deep waste is taking up?

Garbage affects the animal world. Norwegian scientist Geir Wing Gabrielsen said that plastic is in the stomachs of 800 species of birds and animals.

The garbage problem is reinforced by greenhouse gas emissions. The average temperature of the Earth is 1 °C higher than during the pre-industrial era. Since 1980, the ice cover has noticeably decreased: 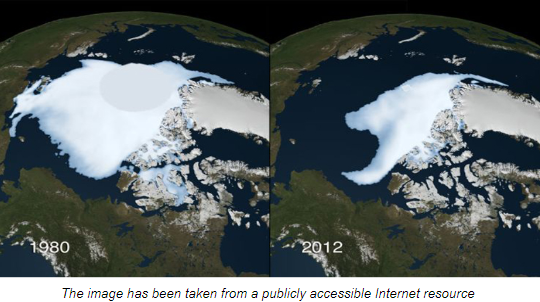 Such dynamics will lead to droughts, fires, floods, extinction of plants and animals.

The reason for the emission of greenhouse gases into the atmosphere are industrial gases generated as a result of fires, the operation of internal combustion engines. Here, is an unexpected finding: transport emissions account for 13.5% of greenhouse gas emissions into the atmosphere while the agricultural sector - 14%. The culprit of such an indicator is cattle that produces methane during the digestive cycle. It turns out that vegetarianism is also about fighting global warming.

We don’t know about you, but we have gotten pretty scared. But experience shows that fighting is possible, necessary, and you will be delighted with the result.

In fighting for the environment at the state level, there is the concept of "cyclical industry". The main task is to develop recycling and waste management, create new jobs and business models. The principle of "resources - goods - waste" allows you to use the waste of one enterprise as a resource for another.

For example, a special fund in Denmark is dealing with developing just such a business model. But, unfortunately, the Danes recycle only 23% of waste, the rest is burned.

If you can’t influence a country’s policy on environmental issues, let’s discuss what to do and how it will affect nature.

“Carbon CNS” is a friend of all eco-caring people.