Whether is global warming waiting for us? 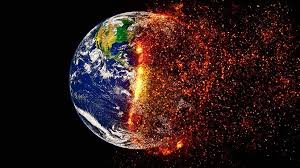 The worldwide abnormal warming results from vigorous human activity and industrial development over the past 150 years. Will global warming happen on the planet?

The worldwide abnormal warming results from vigorous human activity and industrial development over the past 150 years. Will global warming happen on the planet?

Some countries suffer from abnormal drought and a sharp rise in average annual air temperature. At the same time, others experience extremely cold winters. The whole population of animals and rare plants are gradually disappearing and people are forced to leave native regions in order to survive in difficult climatic conditions.

Ecologists study global warming and ways of addressing the problem. They try to attract the attention of the world’s political leaders and industrial concerns to the current climate conditions. They talk about the rapid melting of the glaciers and rising sea levels. The latter can result in the inundation of specific coastal communities and even countries. It might cause the development of serious climate anomalies and an increase in the number of natural disasters.

Global warming on Earth might happen because of such human activities as petroleum, coal, and gas combustion. Experts note that the powerful growth of greenhouse gas emissions between 2000 and 2010. During the next decade, the situation had deteriorated and the atmospheric CO2 concentration has reached a crisis point. In parallel, the average air temperature is increasing annually. The ecologists claim that even if its growth is just 2°С per year, it will lead to irreversible consequences. If the world’s leaders don’t pay attention to the reasons for climate warming and seriously address the environmental issues, our planet would increasingly be a desert.

Global warming – how to escape?

Global warming and the greenhouse effect are the problems that should be solved immediately. Every person can contribute towards improving the environmental situation on the planet. What is crucial?