What is the Little Ice Age? 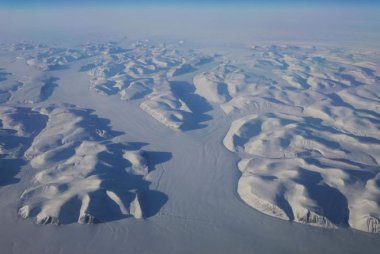 A sharp decline in activity on the Sun might cause the Little Ice Age in 2020 that will last for several decades. NASA representatives and scientists-ecologists from different countries worldwide have attested to this.

A sharp decline in activity on the Sun might cause the Little Ice Age in 2020 that will last for several decades. NASA representatives and scientists-ecologists from different countries worldwide have attested to this.

They are gravely concerned about the absence of spots the Sun during the last 130 days of 2019. The rapidly cooling temperature will decrease by 1.5°С on average. There is the unusual magnetic activity that repeats with the specific cycling. During periods of peak activity of the Sun, the scientists view the maximum of spots and when the star is not active, they disappear completely. The Little Ice Age may be compounded by space radiation that will reach the upper atmosphere of our planet.

The Little Ice Age in the history of our planet

The Little Ice Age 1645–1715 was recorded in historical documents of those times. It was the peak of cooling for Europe and North America. Every year, the temperature deviated markedly from the norm at 2°С. The vineyards died in Europe, the wheat sector experienced a fast drop in production, as the period of the ripening process shifted to several weeks.

Lengthy freezing in May and summer heavy rains (that were recorded in 2018–2019) characterized that period. The Little Ice Age became a scourge for medieval Europe. Reduced crop yields led to famine and a decline in population. The Norse settler colonies defunct, as people weren’t able to confront nature and farm in the harsh environment.

The peak of cooling

The peak of cooling in medieval Europe took place in the XVII century. The climate has implemented significant changes, the Baltic Sea was covered in ice completely, navigation on the Bosporus ceased. The inhabitants of Istanbul traveled on foot between the European and Asian parts of the city during several winters. Vine production in France suffered a severe blow since harvest time had shifted to several months.

Famous Dutch masters and Pieter Bruegel, in particular, depicted climate change in their paintings. Snowy winters, frozen lakes, severe frost had never happened either before the Little Ice Age or after it. The continent’s inhabitants lived under stress and tried to find explanations of what was going on. It led to a new witch-hunt that resulted in myriads of victims. Acting on the environmental issues comprehensively will allow preventing the new Little Ice Age.