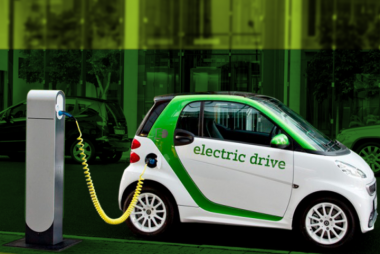 Only rich people could afford electric cars just some years ago. Now, their price is getting lower gradually. This purchase id available for every average citizen of our country nowadays.

Electric vehicles are the best option in terms of environmental friendliness. Unlike the internal combustion engine vehicles, they don’t emit СО2 and don’t contribute to air pollution. According to the conclusions of the leading USA research facilities, one of the most popular electric cars Nissan LEAF with the battery’s capacity of 30 kW/hour is 30% more environmentally friendly than cars with the 1.6 L engine.

The charging of those cars via the dedicated socket increases the energy consumption that is produced on power stations. There, CO2 is emitted to get electricity on the stage of petroleum and coal combustion.

However, power generation is getting more economical every year. Many countries gradually adopt renewable energy sources. They build wind farms and install solar systems on the roofs of houses and skyscrapers. That’s why the risk of air pollution is declining. However, to use only environmentally friendly sources, the years of work are required, as well as comprehensive reforms and reload of the energy sector.

Some people think that large volumes of CO2 are emitted during the production of electric vehicles. This is true in part, but, as Swedish scientists concluded, 15–20 tons of CO2 is released to the air during the manufacturing of batteries with a capacity of 100 kW/hour. In other words, the air is polluted before a car is going on sale.

However, many experts dispute the fact that’s why there are no reasons to state that the production of electric vehicles causes serious harm to the atmosphere.