Chernobyl, a reserve for rare animals 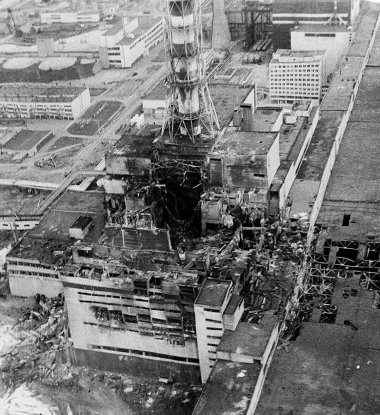 Chernobyl is the place where one of the largest catastrophes of mankind occurred and a huge exclusion zone was formed. It is here that, despite the impossibility of what is happening from the perspective of science, today one can observe absolutely fantastic metamorphoses of nature.

Chernobyl is the place where one of the largest catastrophes of mankind occurred and a huge exclusion zone was formed. It is here that, despite the impossibility of what is happening from the perspective of science, today one can observe absolutely fantastic metamorphoses of nature. In other words, Chernobyl has become a place where the laws of nature, without the influence of the human factor, began to act according to a natural algorithm, as a result of which it will soon be possible to talk about this zone as one of the best nature reserves in the country.

“Chernobyl is a reserve for rare animals” is by no means a pathetic exaggerated statement but a completely logical regularity. It is ironic that the result of the large-scale catastrophe was that in Chernobyl today one can meet whole populations of representatives of the flora and fauna listed in the Red Book. These are Przhevalsky’s horses, lynxes which before were considered extinct species on the territory of Ukraine, bears, moose, roe deer as well as Red Book species of owls, black grouse, eagle owls and other representatives of the birds order. Over the past hundred years, otters, badgers, deers, wolves, wild boars and other animals have been rare guests in this territory, and now they are rightful inhabitants of forests. Moreover, no one has accurate information about the number and species of wildlife in the exclusion zone as numbers are growing every year.

The fact that Chernobyl is a closed territory also had a beneficial effect on such a surge in the evolutionary revival of the animal and plant world. It is also noteworthy that the global reorganization of the ecosystem in the Chernobyl zone began literally at the same time when people left it. It turns out that the less a person has an impact on the environment, the more beneficial it is for our smaller brothers. Another surprising fact is that, if we generally study the growth statistics of certain species of animals and birds around the world, then Chernobyl shows a steady increase in indicators while in other countries many representatives of flora and fauna are already classified as endangered species.

If we talk about the plant world, miracles could not be avoided here either. Despite the fact that the climatic conditions of the Chernobyl zone suggest the active growth of certain species and families of plants, here you can find completely unique representatives of the flora, such as magnolia, rhododendron, metasequoia, etc.