The most environmentally friendly districts of Kiev 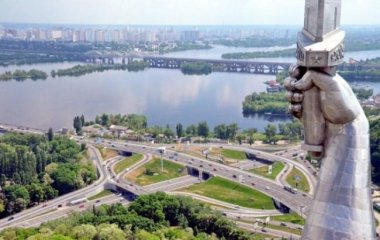 Kiev is considered to be one of the most polluted cities in Ukraine on a par with Dnieper, Odessa, Mariupol and Krivoy Rog, and this is the result of the vehicle exhausts, which make up 90 % of all pollution in the capital.

Kiev is considered to be one of the most polluted cities in Ukraine on a par with Dnieper, Odessa, Mariupol and Krivoy Rog, and this is the result of the vehicle exhausts, which make up 90 % of all pollution in the capital. The desire of Kiev residents to move closer to the city center is justified, but people don’t even realize how many harmful carcinogens they will inhale daily. Environmentalists have made control measurements of the air and determined the situation with the environment in Kiev and which districts can be considered the safest for living.

Ecology in districts of Kyiv

Specialists study daily the air in the capital, so they were able to determine the factors which help to calculate cleanliness of the district:

Ecology in Kiev: the problem solution

Environmentalists were interested in the opinion of ordinary Kiev residents. According to the statistics, the residents believe that the most polluted districts are Darnizkyi (because of the recycling plant), Solomenskyi, Khreshchatik, Demievskaya, Darnytskaya and Sevastopol squares. There are many problems in the capital that draw the attention of authorities and residents, but the most important of them is ecology. Kiev is one of the most dangerous cities for health, especially if we talk about the center. What do doctors suggest to do?

It’s impossible to notice the carcinogens intoxication at once — it will require at least a few years before the residents of polluted districts will notice allergies, migraines, and breathing problems.

Living in the ecologically dangerous districts of the capital

According to statistics, residents of Kiev daily inhale fumes of sulfur dioxide, nitrogen dioxide, formaldehyde, carbon monoxide, and ordinary dust. All these fumes are the allergens, and formaldehyde provokes the development of cancer cells. You should think today about moving to the city safe district, because the exhaust gases from more than 1.5 million cars that drive daily on the highway, sooner or later will cause the occurrence of intractable diseases of the breathing system.

Read also: Why you can’t burn grass and garbage The most environmentally unsafe areas of Kiev