What does Greenpeace do? 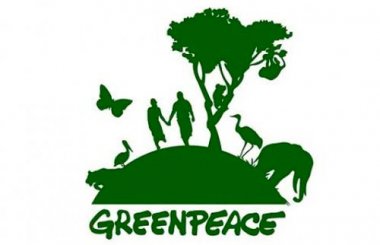 Today it is impossible to find a person who does not admire the beauty of the taiga forest, snow-capped mountains or the sea leaving the horizon.

Today it is impossible to find a person who does not admire the beauty of the taiga forest, snow-capped mountains or the sea leaving the horizon. However, for several centuries people have been barbaric towards nature. The construction of giant plants, nuclear testing, technological accidents are evidence of the failure of doctrines designed to protect the environment.

For more than 50 years, environmental conservation organizations founded by real fans of their field have been appearing to protect the environment. Among them is the Greenpeace organization.

A brief history of the birth of Greenpeace

At the end of the 60s of the last century, in the United States, it was planned to conduct an underground nuclear bomb test in Alaska. Environmentalists have warned that this could lead to tsunamis and earthquakes. However, the government has not changed its decision. Then an environmentalist from Canada, Irving Stow, having held a number of charity concerts, gathered a group of like-minded people for an expedition to Alaska.

In 1971, after chartering a boat, a group of enthusiasts hit the road. However, they never managed to get to Alaska, but the fact of the protest caused a worldwide public resonance, and the American government was forced to stop preparing for nuclear weapons tests.

Volunteers who stood up to protect nature realized what powerful weapon they received. The day of the first protest - September 11 - is officially considered the organization’s birthday.

The Greenpeace organization’s core principles are independence, protest by action and nonviolence. The members of the Green World consider environmental revival and attraction of authorities to the conservation of nature as the main task. The main areas of work of the organization include:

Since its foundation, members of the organization have carried out many peaceful actions creating a public resonance and attracting media attention to problems. One can particularly highlight: